Dos Almas. Two souls meeting each other on the path, seeking to express themselves. It’s much more than an encounter between two souls. It’s about the dialogue between humans. Learning how to coexist with each other, listening, seeking freedom, finding harmony in an imperfect world.

Through dance and music, Ritmo Flamenco explores those possibilities here.

Throughout history and in our own lives, we have seen people go to great lengths to attain freedom. This is an attempt at moving towards greater freedom.

Anna Menendez is a Flamenco dancer and choreographer based in Washington, DC. Anna received the Artistic Fellowship Award from the DC Commission on the Arts and Humanities for excellence in Flamenco dance in 2003. Anna Menendez has performed in many operas and with the “La Truco Flamenco” dance company in Spain, the Baltimore Symphony Orchestra, and with renowned flamenco artist Carmela Greco. Anna has appeared as a regular featured dancer and soloist in many of Flamenco Aparicio’s productions at the Gala Hispanic Theater. In October 2011, Anna and her company “Pastora” performed as a part of Velocity at the Sydney Harman Hall in Washington, DC. A review by the Washington Post described her performance as “virtuosic.” Most recently Anna has performed as a soloist in the production “Amores Quebrados” in New York City and Bucharest, Romania as well as in Flamenco Aparicio’s production “Intimo” in Managua, Nicaragua.

Francisco Orozco “Yiyi” is from an Andalusian family, born in Barcelona, and was introduced to Flamenco rhythms at the tender age of four. Yiyi was trained by his father, Flamenco singer “Joselón de Jerez”, in his Spanish peña named “Peña Fosforito”. Considered a child prodigy of percussion Yiyi began his professional career at the age of twelve. By 17 years of age and one CD later, he became more involved with singing, particularly for dancers, and left Spain for Germany on a long-term contract with the company “Flamenco Rubio”. Since that time he has performed throughout Europe, South America, Asia, and the United States. Critics worldwide have praised Yiyi’s performance as “fiery”, “riveting”, his percussion technique executed with “machine-gun speed” that possesses and “casts a spell”.

Pam de Ocampo started dancing modern dance at the age of 10 in her native Manila, Philippines. Since moving to the U.S. in 2003, Pam has studied Flamenco extensively in Washington, D.C. and in Seville, Spain, most recently with Mercedes Ruiz, Juana Amaya, El Oruco, Miguel El Rubio, and Cristina Hall. Pam has performed over the past 16 years with Natalia Monteleon’s Arte Flamenco and “Flamenco Aparicio” dance companies at the Kennedy Center’s Millenium Stage, Baltimore Museum of Art, The Hippodrome Theater, and GALA Hispanic Theatre. Pam continues to work as a soloist in flamenco venues around Washington, D.C. and teaches flamenco classes at the Arte Flamenco Studio.

Ricardo Marlow is one of the most sought after solo Flamenco guitarists and Flamenco accompanists in the United States. His brilliant technique, lyrical compositions, and masterful interpretations of Flamenco are unsurpassed. As a young child, Ricardo was introduced to the guitar by his father, the eminent classical guitarist John E. Marlow. He went on to receive a degree from the James Madison University’s School of Music in 1997. Ricardo subsequently took up the flamenco guitar and studied with master, Gerardo Núñez, in Sanlúcar de Barrameda, Spain, and continues to do so yearly since 1999. He has played professionally since 1997 with the Arte Flamenco Dance Company, the Danza del Rio Dance Company, the Paco de Malaga and Anna Martinez Dance Company, and the Flamenco Aparicio Company. Ricardo has had the honor and pleasure of accompanying international flamenco artists, including world renowned cantaora, Esperanza Fernandez, all over the United States. 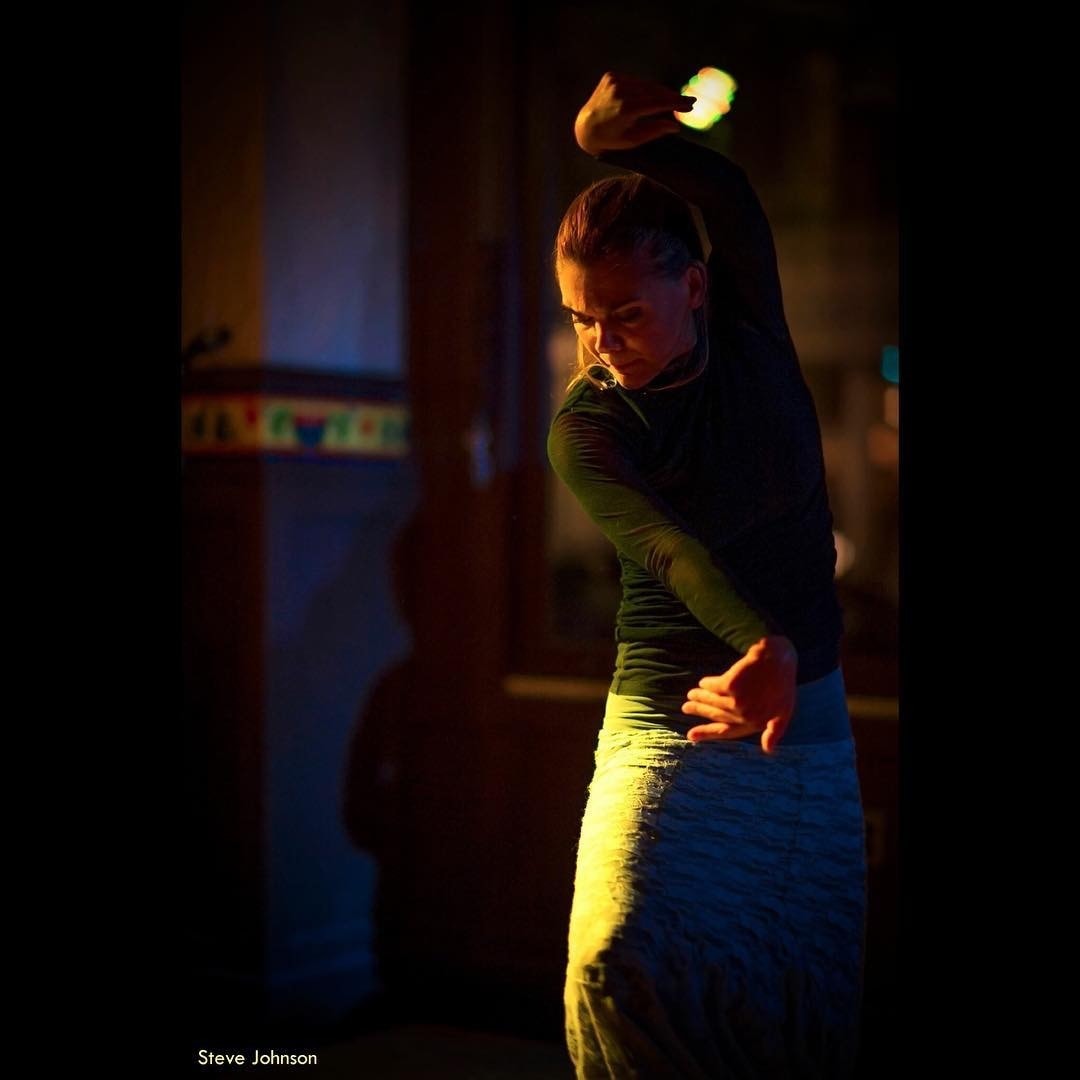 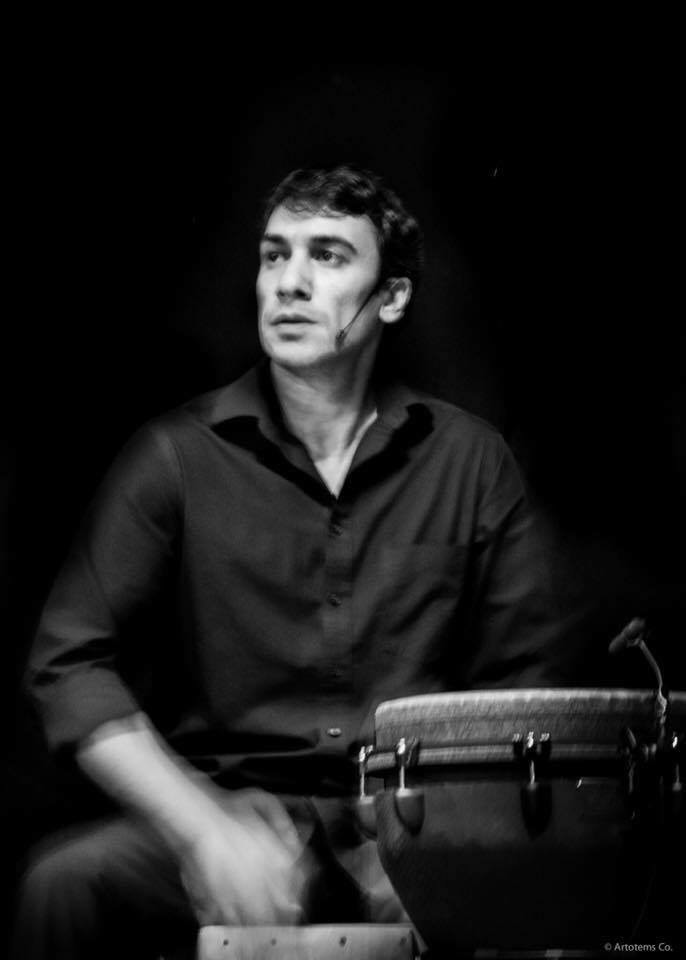 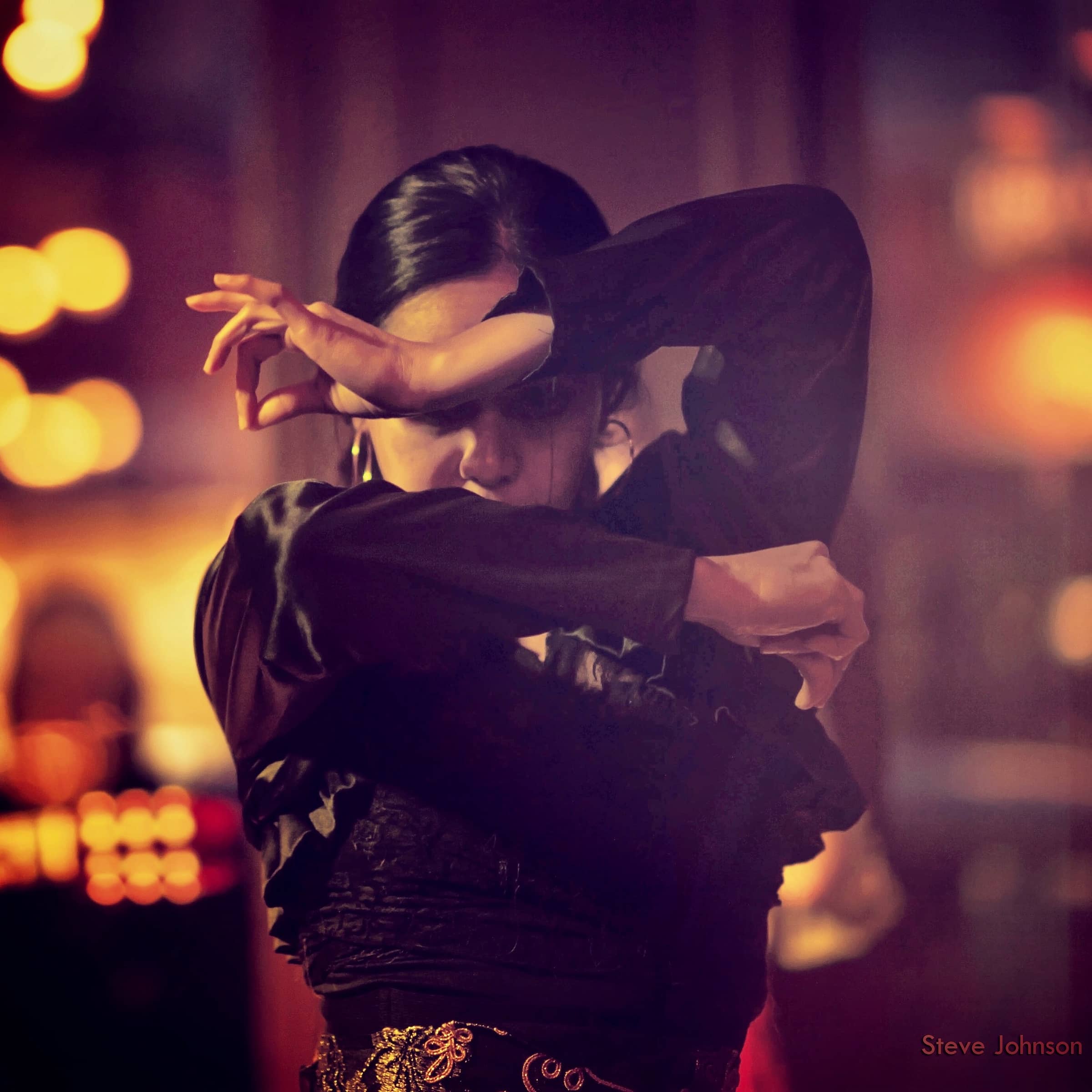